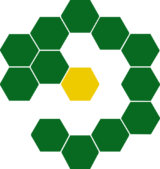 Boards of Canada is a mispronunciation and misspelling of the phrase "bored of Canada." Unless you're referring to the countless amounts of snowboards you can find there. Wouldn't be too hard, eh?

Boards of Canada is also a medium of the general occult, grabbing your incoherently rabid mind and dragging it to "a beautiful place among the sunshine recorders, a beautiful place where music is math and kaleidoscopic dandelions come together to create our golden ratios." Math.

Boards of Canada confuse you a lot, and it is all inherently deliberate. They could be called Canadian Boards, but one wouldn't think that that would pass easily in seven churches. And don't get started on the .wav files, because that's where the occult gets you.

Delirium is virtually non-negotiable when it comes to Boards of Canada. It comes with no energy warning whatsoever, going as far as excluding the smallest weird number possible. Strange is far from cutting it with Boards of Canada around.

They say that the beach at Redpoint has had some unusual happenings over the past 5 years, each getting progressively inexplicable. Many speculate that the presence of Canadian Boards has something to do with it. Purple? Be careful? People?

They say that the devil is in the details. He could even be in the annexe.