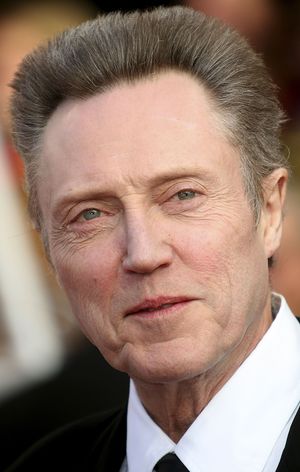 An accomplished, film and television, actor.

Christopher, Walken, is an American, actor, who has starred in, many, movies.

Christopher, Walken, was born, to parents, who loved him, very much. He developed, his signature cadence, when his mother, hit him, in the head, with a brick. This injury, defined, Christopher's life, and career.

Walken, has been a, successful, character actor, for several decades. He may, be best known, for his short role in, Pulp Fiction. Other than that, few of Walken's roles have, been, particularly notable, despite him having, so many.

~ Christopher Walken on himself

“These boots, were made, for Walken.”

~ Christopher Walken on his new footwear