Crazoid is a giant robot made by the stupid people at IllogicRobotics (located in lolland and is considred the best worst robot since 1532.) 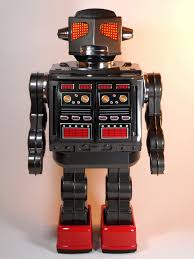 The crazoid seen from the back front Dank meme side.

Again, there should be a heading here.[edit]

Its armor is made from the finest bananas, located on the isles of qwertyuiopasdfghjklzxcvbnm

Which could be imported from mnbvcxzlkjhgfdsapoiuytrewq

Which originated in my backyard.

Its the strongest armor a robot could have.

goes to the internet*

Me: What gender is Meme Man?

even if Stale Banana tried.

In its left right arm is a meme gun

In its left arm is a dead meme gun

In its ankle is a fart canon

In its armpit is a burp gun

The AHHHHHHHHHHHH gun was never original named, but when it was first fired that's what everyone said.

So they All lived happily ever after decided to call it that.