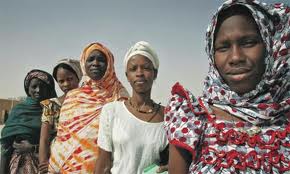 If they wanted us to care about them, they would've been American.

~ My mother on the Ebola virus, combining its name with "e-coli"

It comes from monkeys and other animals that don't exist on more civilized continents. It is spread through contact with bodily fluids of the infected, usually from healthcare or through burial rituals. Notice how white people don't do weird burial rituals and then don't get the Ebola virus.

That's just preposterous. If I were trying to rationalize it, then why... why are the people dying brow-... nope... don't wanna say that... why are they not in America or somewhere that matters, huh? You never hear about this happening in countries that matter?

“Ebola is good for us, it is the fifth element in the table of elements. It is vital for all life. If we shun Ebola, we might as well blow up the sun. Oh yeah, I forgot to mention, I had NASA working on a secret initiative to blow up the moon. Couldn't tell you until everything was in space. This is Lord Chang--er, Lord Obama, signing out.(but not off)”