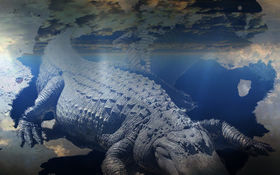 Moments in a changing dab of dust. Look at that symbiosis within the durst, the embryo half formed and in a sack of pack.

Um yes that's what I thought. "The mork is produced into mankish bust." There, in the scrub, it moves into the cube there. That's what happens all day long.

"Wheels on the bus?" Asked a vase.

"No. Ancient and eve. It was a doornail mite. That timid toy there on the savannah. Now that's a produc3."

Hmmm. That was in that then. But not into a festal bag. Rather like that it moved, sideways never touching the ground. It had a mighty exoskeleton with a half malignant carnivorous. Sadly, not enough. It was stabbed to death by a morkadon.

"Carry the lion feet so I can snub my hands into the cloud embers."

I did what he said but even then my feet lost track, wandered into a disused desert and ponderously managed to traverse a muddy sponk. Then a rat dissolved like a tree into another. Then again and then again. The process never stopped.

Wait. This rots the back-seat like Darwin's carnomeater. Cannot trouble me, I've got multiple feet. But still my mangled herbs lack syclose.