You wanna be the next 50 Cent but have no talent? If so, here's the guide for you! 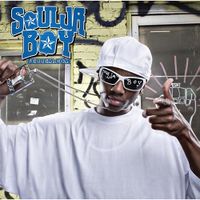 What do Soulja Boy Tell 'Em, 50 Cent, and Flo Rida have in common? Seemingly meaningful names!

The key to a rapper's name is to make up something that has nothing to do with your life but could. For example Soulja Boy suggests he has history in the army, but he doesn't. Flo Rida suggests he's from Florida and 50 Cent suggests he's cheap but wait... he is... nevermind...

Step 2: Get a record deal[edit]

This is easy. Go to a record company, wear some stolen bling and dance to a beat while dropping down pointless rhymes. Easy.

Step 3: Basis for an album[edit]

The point of a rap album is to make one decent song so people will buy your album and to convince themselves the other songs are good. This is shown with rapper, Akon, when he made only one good song but people said the others were good, too.

Step 5: The Other Songs[edit]

As said above, you need other songs for the album so here's how you do it.

Lose all the knowledge you learned in your 3 and a half years of school to write your lyrics. Instead of: I am a man with a lot of money. It should be: I be a guy, foo, witta lotta dough, yo.

Feature in other rappers songs after your first album. It will boost your publicity.

After featuring in a rap song. Get with a rock band a collaborate to make a song like "We Made It" by rapper Busta Rhymes and band Linkin Park. 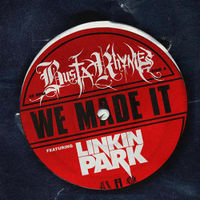 An example of a rock collaboration

Try to make yourself the main person in the song or album. Probably the best thing to do is to rap to rock beats and give their singer a chorus or two. It will keep them happy and give you the dough.

The same formula as Step 5.

At some point in the middle of your rap career, you must create a single that is very popular. This is the same formula as Step 4.

Try to get on MTV Cribs and other shows. If you can, adopt a kid and have a VH1 series about your life as a father. Or instead of you adopting just get your girlfriend pregnant. It would be like, "<insert name here> is <age> and Pregnant". Almost like that Scott Baio show but.. you know... Not Scott Baio...

The final step is what you do after you stop making rap. You must wear amazing amounts of bling, have hookers, and get high a lot. Also get season tickets to the Los Angeles Lakers and hang out at LA clubs.

Statistics show this guide does not work. T3PO is currently being sued for fraud. Have a good day!
Retrieved from "http://en.illogicopedia.org/w/index.php?title=HowTo:Become_a_Hit_Rapper&oldid=237181"
Category: