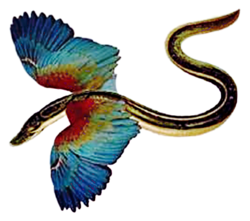 His use of syllogisms was often abbreviated.

in contrast to his use of phlogiston in his attempts to summon Mymonides. This can be seen most clearly in a number of similar examples using epicycles.

But whether or not this shows a deep level of his belief in the topic is open to debate, particularly given that Erpenheimer felt quite strongly that the opposite might be equally true.

The modern conceit holds that none of this made any real difference. However, had the sequence been completed, the results might have been dramatically different -- at this date, there is simply no way to be sure. The availability of a high grade magnesium/aluminum alloy, unknown in that era, might conceivably have made all the difference.

from which the symmetry of the Ricci tensor is an inescapable conclusion.[1]

On the other hand, if we allow for the curvature of the third order terms (as some have proposed), then we are led equally inescapably to the conclusion that he may have been right all along.[2]

While the lack of a firm foundation for the second assumption remains problematic, returning to the original chain of reasoning along with his earlier conclusion, previously discarded, could be the most productive alley down which to pursue the argument.

And in that case the belief that William Shakespeare's plays were actually written by another man of the same name becomes not just arguable, but may even be elevated to the level of a first order derivation.

Unfortunately none of this addresses the fundamental issue in an effective way, but rather leaves it flopping on the deck like a panic stricken eel.

See [Johnson:3] for more information on the topic.