From Illogicopedia
Jump to navigation Jump to search
Whoops! Maybe you were looking for Marilyn Monroe? 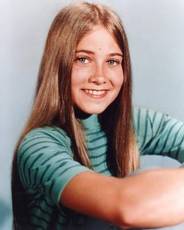 I could probably smell children if it wasn’t for this busted nose.

Marilyn Manson is the most beautiful woman in Baltimore.

Marilyn Manson is a half-eaten turnip discovered by Sir Winston Churchill while bathing his one-eyed dog Blinky in kerosene. It was all in the spring of the first World War and Wilford Brimley was doing a little research on his chronic di-a-bee-tus when he suddenly lost all of his marbles down the toilet.

But it wasn't until young Marilyn managed to get his thumb caught in a pretzel machine that he discovered his beautiful singing voice, a voice that would later help him become a gigantic public nuisance.

Marilyn Manson's musical performances consist mainly of him screaming xenophobic slurs at the crowd while they pelt him with rotten potatoes. He then takes the rotten potatoes and stomps on them until they have been reduced to wallpaper glue. People used to buy his albums but stopped when they discovered that they consisted entirely of him grunting with a British accent while left handed Mexican schoolboys poked his ribs with pencils. Plus Alice Cooper would do pretty much the same thing for half the price.