From Illogicopedia
Jump to navigation Jump to search
Whoops! Maybe you were looking for Warbler Mangrove? 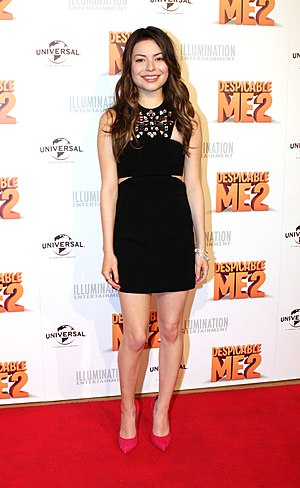 She clearly has at least 2 legs.

Miranda Cosgrove is the creator of the infamous iCarly, a magic web show that is in actuality a clearly disguised brain washing tool that can alter reality and cause forced hypnosis.

She was also a worker for the infamous Jack Green Black White Orange Maroon Glennbeckurple Whateverinthehellthenameofthatcolorhissurnamesharesaneggorsomethingtothateffectwithsomehow. Cosgrove was also that bratty sister you never wanted, as she pranked you by putting sharks in your pants, giving you a goat to keep in your room, lie to Mom and Dad, and generally no-good rubbish. She dated Nick Jonas, while having an affair with Jennette McCurdy and MC Freberg at the same time. She suck. She baaaaaaaaaaaaaaaaaaaaad.