Not to be confused with Satanic Worship 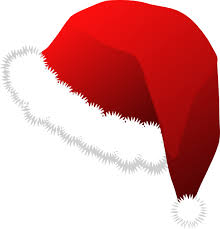 The Hat is an iconic symbol of Santa, and is also the Final part of The Ritual of Aspects.

Santanism, or Santanic Worship is a broad term referring to a combination of Western Philosophies and Beliefs. Some of Santanism's major aspects include symbolic association with, or admiration for the Character of Santa, and his affiliates. Most young children are suspected to be minor Santanists, and adults have claimed to have seen their children performing Santanic rituals.

Non-santanists believe that the origin of Santa Claus came from its German translation - Saint Nick, whom gave presents too the poor, to stop them becoming prostitutes, however this belief has been averted by Santanic media, which is slowly beginning to convert the non-santanist population, although they are usually warped of the truth, and are not liked by pure Santanists.