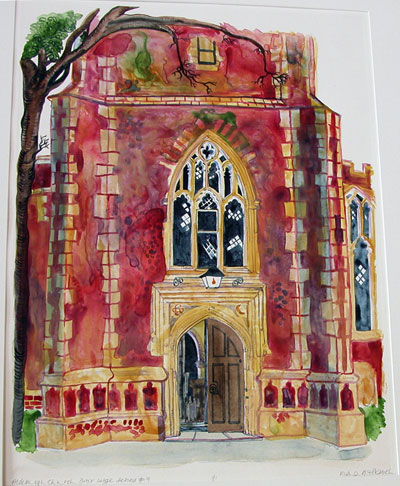 Beyond this door is a world of imagination where really funky stuff happens.

It may look rather new but in fact it is very old. It was first built tomorrow and yesterday it finally fell over. Beyond it are the things that drive men mad.

Fortunately the door is sound proof so we are spared the unwanted effects of opening it most of the time.

But this one stupid kid was so freaking stupid that he decided to open it one time.

This is a somewhat related story.

"Bobby! Come the heck over here and stop listening to that heavy metal crap and wearing skull T-shirts and all that other crap!" said Mommy

Bobby said, "No! I am opening the door because I'm stupid and I like eggs!"

Mommy said, "Oh no thats the door to Zombie Land! Why not open the one to Disney Land instead?"

Bobby said, "No! I HATE YOU AND ALSO I HATE MOUSES!"

He then tried to open the door, but couldnt because it was locked.

Mommy said, "How the heck did you pronounced that?"

Bobby said, "Why, praytell, didst thou usest the word "prounounced" in the past tense when it belongeth in the present?"

It was the yestermorrowness of the door.

Uhmm... Bobby was kinda pissed off about the stupid lock interrupting his story so he snuck out in the middle of the freaking night and stole his dads flamethrower. After setting his little sister on fire just for the hell of it, he snuck away off to the door, pausing only to burn up his dog too for no reason.

So when he got to the place with the door, he was really used to burning stuff and several people and animals had died pointlessly.

Even so, the freaky voices from behind the door that were urging him to break the door made him pause.

He started throwing flames on the door and it started burning. Then he stuck his head in the fire and that was the end of Bobb He was a very bad person who made humanists cry.