The Great Wall of China

When he ran out of plates, he started using saucers because those stack well too. Saucers from China.

He bought more plates and saucers, until he was broke. Then he stacked all of these into the wall too.

Do you want to hear about the completion of the wall or not?

No butts were used in the making of the wall. It was a wall of CHINA!

Ok I won't interrupt any more[edit]

So anyways, he went out and bought more plates and saucers until the wall was taller than he was. So he started making it longer instead. Then he went broke. So he stacked his only remaining china, the tea cups and tea pots, on the wall. Today he is standing on a random street corner with a cardboard sign that reads "Need Cups, Plates and Saucers". 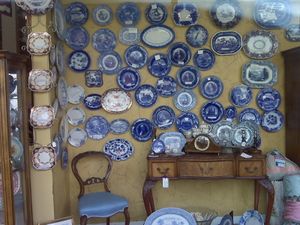 The easy way to make a wall of plates.
Retrieved from "http://en.illogicopedia.org/w/index.php?title=The_Great_Wall_of_China&oldid=236937"
Category: