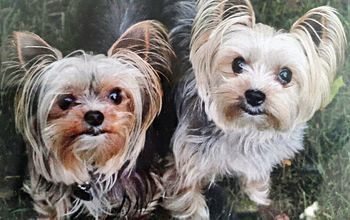 The avatar of the best writer we never had

This is the saddest page on Illogicopedia.

Once upon a time, a number of years sideways from here, this was our most famous page. It was written by the equally famous Illogicopedia editor, PairOfYorkies.

This page was not just illogical. It was also humorous (a real boff as they say), so much so that people came to Illogicopedia just to read this page.

And it wasn't just funny. It actually contained deep truths about time travel. The truths were so deep and so true, that some time far in the future, a graduate student working on their PhD in psycho-chronic-physics used the information on this page as part of their thesis, and actually constructed a working time machine. (If you feel the tenses in this paragraph are slightly bent, well, that's a problem when discussing time travel.)

As part of his thesis defense, the student -- who was a 21 year old man named Snoggers -- was required to demonstrate that the machine worked. So, he took a jaunt -- a jaunt back in time -- and went and visited PairOfYorkies (who had become so famous that their IRL identity was eventually "outed" -- they were actually a 14 year old girl living in Hoboken, New Jersey, who was spending her time editing Illogicopedia because she had broken up with her boyfriend and finished all her homework and the television wasn't working, so she had nothing else to do).

Unfortunately for PairOfYorkies -- and for the entire world -- Snoggers miscalibrated the epsilon axis of the time recorking gear and ended up overshooting by a number of years. And so he found himself walking up the path to the famous house where PairOfYorkies had grown up one spring afternoon just as the mailman arrived to deliver the mail.

As Snoggers rang the bell, the mailman gave him a dirty look (for no apparent reason) and walked away.

The upshot was that Snoggers spent a pleasant afternoon playing pinochle with PairOfYorkies's mom but never met PairOfYorkies.

This all would have been just a minor footnote in the history of the universe, save for the mailman. It seems he was looking forward to a tryst with POY's mom that very afternoon, and Snoggers completely derailed it.

And it was that tryst that would have resulted, a number of months later, in the birth of the genius who was to become PairOfYorkies.

And so, in our impoverished timeline, there never was, and never will be, a PairOfYorkies, famously editing Illogicopedia and laying the groundwork for the entire field of psycho-chronic-physics. And we cannot even mourn the loss, for in this universe, there was no loss, for to lose something you must first have it.