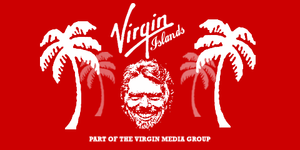 ~ Someone who should know

Virgin Media (no relation to the Virgin Mary) is Richard Branston's personal propaganda broadcasting network that functions for a full two days in the year. The rest of the time it's down for maintenance, but nobody notices because they've all had dodgy cable boxes installed by that bloke known only as 'Fat Harry'.

VM currently provide a top notch high-speed broadband to 1% of the United Kingdom (read: Branston's back yard) and a great big v-sign to all other inhabitants of the country. Once again, however, nobody gives a damn because they're all using dodgy wi-fi stolen from the local library.

Looks like those blokes in hi-visibility jackets are wasting their time tending to the green cable terminals, then. They're probably playing 'Bomb Squad' with non-live wires in there or something anyway. It's all a con, I tells ya.