What kind of pervert are you

Remember when your ex asked you "What kind of pervert are you, anyway??"

And you had no idea what to say, so you just lay there making vague gurgling noises?

And then you glued a dingo to your mom/mum? We can help you with that. Just take our specially designed quiz, and you'll find out! And then, next time you're on a date and that annoying, inevitable question comes up, you'll have your answer ready!

We should turn this into a form of some sort. Drat, that sounds like work.

Gosh that looks really inappropriate for building a quiz.

OK, we'll do this differently. Just print this page, and then go find a pencil. (You know, one of those wooden things -- you may have seen them in school. You did go to school, didn't you?) Now, using the pencil, just circle each answer you choose. When you get to the bottom, we'll tell you what else to do. 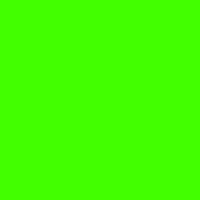 It's easy, it's fun, and it's going to be sooooo educational!

First, find the number of each answer you circled. (The number is that funny thing to the left of the answer that doesn't have any letters in it.)

Multiply each of those numbers by thirteen.

Now, add them all together -- except for the second and fourth, for which you should only add half the value.

Now, take the cube root of what you got, and divide that by five.

Take your final number and look it up in this table:

Congratulations! You have expanded your self knowledge, which is the first step on the road to knowing more about yourself!