“It's a tad better than Hyrule Historia...”

This is the hidden documentation of the events that Mr. "The Fox" Pearce has endured before engaging in the Chicago Campaign, revealng that he was actively engaged in the Terrarian community. Due to many reasons (updates, the Campaign, what to do next, etc.), he has engaged in a little hiatus on the lovely game. Enjoy his notes across the whole conflict and the struggle today. It's real. The struggle is real. 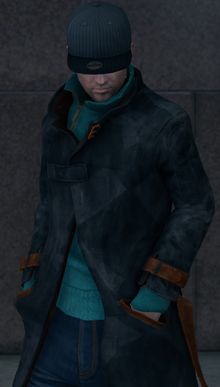 ~ Aiden before wasting some fool

The time has come. After 4 months and counting, I am going to set myself up to escape all the tensions of my life. There might be a possibility that I would come up with new problems along the way. Let's be grateful that I spent that time with Damien, taking those bank accounts while we can... It may cost $9.99, but it was worth every cent. So I move, launching it on my trusty Windows 7™ PC- just as the developers intended. I know that I wouldn't be able to cause problems for my family by playing Terraria... Everything is a fantasy, a well-drawn fantasy at most. So I choose my character and go off. Wherever shall I be? 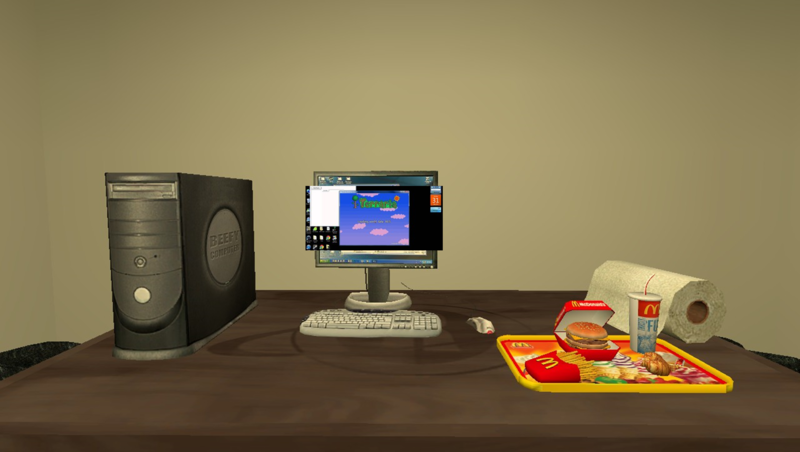 Now, how did I gain awareness about this title, you ask? Well, I was given a note which beared the logo of the title... "This is a game," I remarked. "I should give it a try someday."

Indeed I did, and I had fun. I'm glad that I found a way to escape my stresses and miscellaneous phenomena. However, the news came up: "Shootout at San Diego on the Release; 0 Friendlies Injured. What Does This Say About the Future of Terraria?" It appears that my later experiences will be a bit more exciting; wait until the higher-ups hear about this...

I heard everything. All the comparisons, praise, etc. As I played, I took some time to appreciate what the developers have done- expanding upon a famous formula with their own twists. I should take some time and go to the forums and see what others have done. Hmm... Someone has sent me a link to a video. This isn't just some ordinary internet video; it's a YouTube Poop, to be more precise, the very first one. I'd say that he's hot on our tail.

Looks can be decieving. It may be embarassing for one to escape tensions by the use of entertainment software; morally, it'd be worse than draining worries with illegal drugs, tobacco, or alcohol. By the time I defeated Skeletron, I knew that this was the beginning. The developers are going to stick around and aid the masses. Oh yes. An update is imminent within the course of five days. Well, then. Time to search the servers!

1.0.2 is out, just as I suspected. Many changes have risen. Now what's that? The Cloud in a Balloon will not negate fall damage? I wonder why? It must have something to do with all these changes. It woudn't be long before I go back in action.

Demian's absent. He was there with us 10 days before the release. I appreciated his XNB exporter; I think that it'd be a great way for us to help spread the joys of Terraria to audiences unfamiliar with it, especially those guys.

Thanksgiving week is upon us. I'm not going to let my newfound source of entertainment get in the way of dinner preparations. I'll pick up where I left off when everything is done. I tell you, I'm going to have some damn fine candied yams and green bean casserole tonight. The first major update was announced; the devs are almost finished with it by the time December 1st comes. I'd do a jig, but I don't want to right now despite my temptations.

1.1 is out and I'm excited! It's good to know what the developers can be able to come up with. I should check the creator's Twitter; it shall provide an interesting insight as to where Terraria will be going. I have high hopes for his dream. It's items like these that help push me to become a distinguished vigilante. Within 2 years and counting, I will have to do something. By that time, I wait and see what happens.