A new criminal is at large in the unspecified town. He is called Big Bird. Big Bird escaped from the Crackerjack mental institution of cheese at lunchtime yesterday morning.

Big Bird is a very big dude dressed like a blue bird. He is NOT to be confused with the Furndude that escaped this morning.

But wait, how did we get here?[edit]

You may ask yourself, 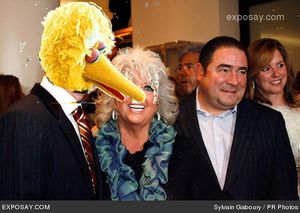 Paula and Emeril, what have you done?

Like many child stars, fame was tough on big bird.

Big Bird fell in with a tough crowd. Emeril Lagasse and Paula "Alsogassy" Deen brought him to all the circuit parties. It wasn't long before the trappings of celebrity took its toll.

After one of the famed butter balls, they like so much, they hijacked the wienermobile to liberate the mechanically separated meat and fillers from the corporate overlords. 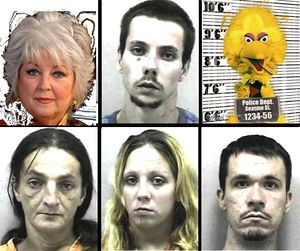 It wasn't before long, that justice caught up with them.

Emeril used his suite of lawyers to wisk him away before Paula and Big were booked for criminal mischief. The other 4 of 6 were just innocent passengers ion the wienermobile, but got caught up with Stockholm Syndrome. Emeril and Paula led him away from the Sesame Street Life.

As his depravity continued, butter addiction was inevitable. Paula Deen, his dealer, made sure he had the balls he needed. 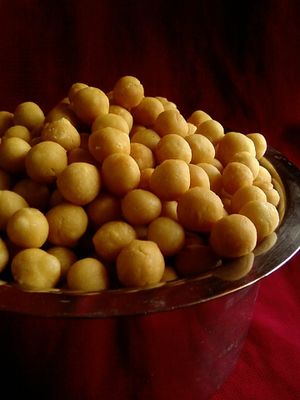 It won't be long before he will be sold as biscuit sandwiches, out of a van down by the river.