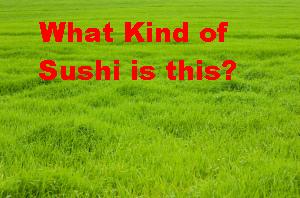 Many of you may know my friend grass. Grass is green, he is a plant, he has sex with himself (Yucky!), he burns twenty duckies every day and too many people have seen lewd acts committed by him. His occupation involves nothing more than super monkeys.

My friend grass was created by an evil elephant by the name of Queen Latifah. He was said originally as a carpet for vegetarians, but many of them got bad rashes behind their ears when they said "chowder." So then they started a Republican party and threw the grass down the toilet. How Sad! :( *Sniff*

Anyway, grass soon became a big business in North Carolina. Now grass eats dinner every night and has a lawn made out of him! He has two ducks named after him, but he stills masturbates. Weird. His favorite food is lemon cake!

Don't miss out on grass Live tour Wednesday! He is coming out of orbit to talk to fans. Never forget 9-11! He sponsors all of the swimmers in the ocean. DO you like cake?Grass likes to eat small animals and dirt. Don't ask me why. But he likes it. And he likes being stepped on. How many wallets did you say you have? He has three. TIMES FOURTEEN!!! He is that cool, fool. In his free time he also enjoys extreme sewing, mental apathy, and hump-catting. "Always use a condom" is his catch phrase.