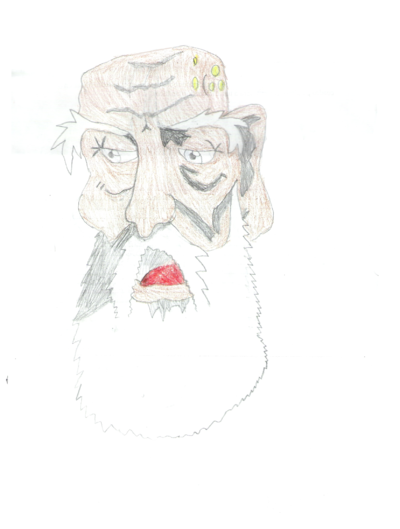 Guru Pathik was born on Ergust 9, 1960 BDSABCAAD (Before DinoSaurs And Before Christ And Anno Domini) to present. Pathik has become famous for his many roles on T.V such as Till' Death and Roots. Though aging, Pathik still teaches at Notre Dam university and occasionally plays football with the Fighting Irish. Currently, Pathik rules all of Europe, Australia, and parts of Asia.

Birth and the start of an empire[edit]

Pathik was born on the peninsula now called Italy. It was never known if Pathik had any family, though links predict that he is related to a mysterious liger. At age of four, Pathik moved out to present day Greece and started a village with the local Facestealers. In 880 BDSABCAAD, Pathik's clan dominated the other Facestealers of Europe, creating a vast empire. For millenniums, they remained at peace until the Chuck Norris clan of Asia attacked.

In 1450 B.C, A large group of soldiers appeared off the outskirts of Pathik's city. They cut off any way of supplies making it to the town. Pathik was determined to get the army away, so any area around the town had posters asking people to join the fight. File:The war recruiting poster. On the Christmas Eve of 1450, Pathik and his armies of Facestealers made a surprise attack on the army. Chuck Norris Westly (1498 BC-1447 BC) made a last minute decision and charged at the upcoming army. This battle started the outskirt battle.

The outskirt battle was fought on the near outskirts of Pathiktopia. The battle took place during the monte grag, a weather pattern of snow, sleet, and hail along with never freezing, causing places to dampen and metal to rust. During the fight, Westly became terribly ill on 12/29/50. Because of him getting terribly sick and the monte grag getting worse, the Chuck Norris clan retreated on January 2, 1449. Though suffering a loss, the clan made a surprise attack a month later.

On present day Stratford England, a surprise attack from the clan occurred. Not knowing of this, Pathik called all armies to a celebration of the gods in present day Greece. The Facestealers had no choice but to attend. While at the ceremony, the Chuck Norris Clan took the whole western part of Europe. After the 5-month ceremony, Pathik saw the CNC on the west coast. Angered, he set his army to war. However, the CNC made a idea. What they used is a mystery to this day, but it was a device that made the sky go dark as night. The Pathik army was blind as a bat, while the CNC army saw clearly. After many months, The army of Pathik surrendered and retreated back to the city.

Guru Pathik did not want the war to end in Westly's favor, so he devised a great scheme. The CNC army defends only a location were a army attacks. Pathik said:

"Don't think the war will go to the enemies favor fellow Facestealers, for the CNC army only defends a city being attacked, making other areas defenseless. We shall ban together and have one quarter of our army attack the coast of the world (author's note: Europe's coast)while the other three quarters attack Guaremalo hill, the biggest part of land they have."

With that, Kernel Koh, the second in line ruler of the facestealers, brought his fleet and attacked the city of Chuknorisland, which used to be Pathika in present day London, England. After hearing that Koh's army attacked, Pathik's fleet attacked Guaremalo hill, only to find half of the CNC army awaiting the upcoming fleet. Before Pathik could plan anything, General Chuck westly charged at the army. This started the year and 8 months battle. 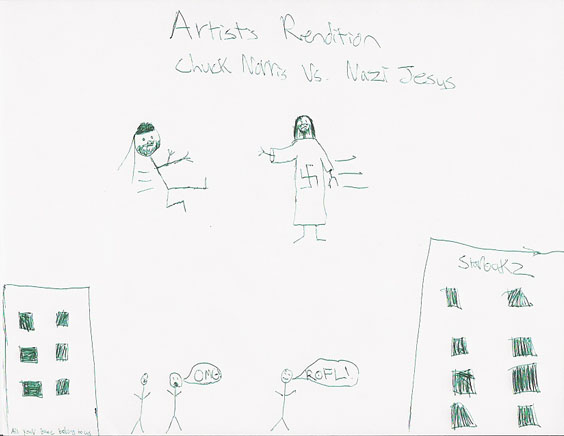 Three months into the war, Pathik saw his army fall, and issued a call to the gods to bring "Fire from the sky". Sure enough, three days later, comets of all sizes fell from the sky and hit the CNC army. after 6 months, Guaremalo hill was all but ashes. The CNC was almost completely wiped out. Chuck westly decided to issue a command to the gods to send "a mild plaque, capable of killing anything it hits". Sure enough, a mild plaque did hit, but not on the Pathik army. It hit The CNC with no mercy. On Dec. 1, 1447 BC, General Westly surrendered to the almighty Pathik army. On 12/6/47 bc, Westly was decapitated to ensure the facestealers that the war is over. The remaining 7000 warriors of the CNC became not slaves, but warriors in the army.