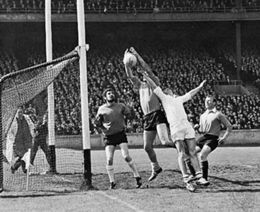 Players of both teams work together against the anti-gravity ball. 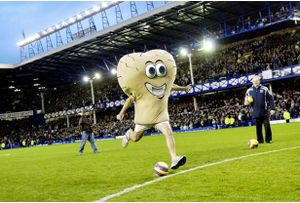 Football is a game involving 22 men and a ball, unless it isn't in which case it becomes soccer and the 22 men are replaced by another set of 22 men, but this time with more padding and an American accent. This transition can often hurt the game physics, leading to bizarre errors occuring such as players trying to kick a ball that's not there or pedestrians spawning 4ft above the pitch. Later versions claim to have fixed this glitch, but this has only given rise to huge loading times that mean the ball might take a full 5 minutes to cross the line from a 3 yard tap-in.

Well, I did warn you. Pundits and experts who spend most of their time analysing the game have concluded that nobody knows what the chickenbutt is going on.