I really really hate generic article openers, like "A relationship is where…" or "This guide will hopefully help you to…", and even "Help! I don't want to be a quote anymore, let me out!" So instead, I've brought in two beered-up homeless guys, and they're going to fight to the death while i stroke a bag of pennies. Incidentally the money in question is part of this article's budget, so rest assured the winner will see none of it. Play ball!

Go on Terrence, hit 'im in the balls!

I'm in the wrong job here, if only Sky Sports News hadn't insisted on presenters with breasts.. 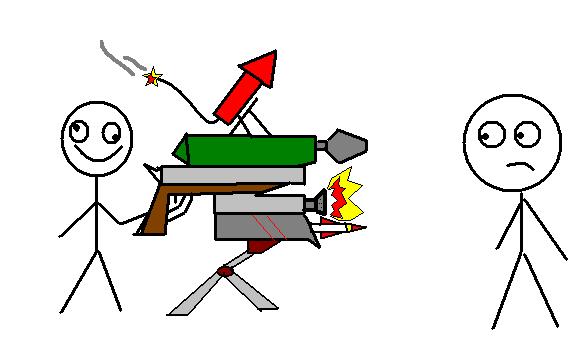 ..aaaaaaand, woah flying limb, yep, and we are done. What a beautiful moment, one hobo tearfully clutching the prize he's worked so hard to achieve! His friend's corpse. Congratulations Terry, still being alive will make all that living on the streets so much more precious. Ok, kill him.

Righto, the acutal content. In a nutshell, a relationship is very very difficult, owing to the extremely limited space and lack of air. Outside of a nutshell, a relationshyip is typically where a man and a woman, or a man and a man, or a woman and a woman, or three men and a zebra choose to coexist on a social base, exclusively sharing their innermost thoughts and organs, as well as their chocolate button collection with the selcted partner(z). Unless permanently deprived of chocolate as a child nearly all relationships involve sex to some varying degree. This can range from a cheeky Mars Bar in the fridge after coming in from work, to a dairymilk explosion covering a partners chest.

Relationships typically follow a four step path, which is where the How:To part of this comes in. Well, sortof, I'm really just going to describe what happens, not actually provide instructions. But don't worry, I'm penning a great sequel, called "HowTo:Sod Off" which I'm sure will help you no end. Roll camera!

It is crucial at this stage to locate yourself a body bag, some gloves and the Feburary 13th edition of Play Boy. Are they secure in your loft? Good. Now, on with the romance.

Like Plutonium, partners are exceedingly difficult to come by, and, ...heavily radioactive. Unless you live in Arab countries where they can be acquired relatively painlessly in exchange for goats and virgin daughters. Which brings me round to the scores. 2 points go to the metaphor, for an ccurate representation of what I meant, but these are in turn disqualified for it falling apart on the radioactivity notion, which was just bollocks. Wasn't it dearest? eh? AAAAAAAAAAAARGH MY FACE!!!!!!! IT'S MELTING!!!!!!!!!!!!!!!!1

Anywho, skin grafts aside, gaining a partner with which to share a relationship with is a tricky and often lengthly procedure. Choosing the location, laying the nets, buying the right quantity of chocolate, ensuring your target is showhorned into one of the many knife and other net cutting implments amnesty before they reach the set-up, printing off fake ID to buy chloroform with. It can take literally hours!

Step 2: Specifying the type of relationship you want[edit]

Still got that body bag? Be sure to clean it, for you will need it later. At this point it's advisory to sharpen some knives and draw up a map of the remote Scottish highlands. Excellent stuff.

Now that you have your partner captive it's time to decide what exactly you aim to get out of the relationship. The quickest and by far the simplest relationship involves kinky net bondage Snickering and nothing else. Despite it's advantages many opt for longer, more purposeful relationships, sometimes with marriage in mind. Since any old object could carry out the former, quickie relationship format I will be using this article to outline how something far more long term takes place.

\/\[you may notice this assumes you're a guy, and the object of your affections is a girl. This is by and large because of the MAAAAAASSIIIVE gulf between the number of male users and female users on this site. And I'd have to write like 5 separate versions of this article, which is mehffort. Muuuum, can't you do it?]\/\

Esteemed social psychologist Joseph Fritzel recently proved that Stockholm syndrome takes roughly 5 months to develop. This gives you an excellent window to establish the truth about your dearest's mysterious disappearance, and beat a false history of your choosing into her. Once these five monthss are up, dose her up to the eye balls on anti-depressants and cut her down. But, oh no! All that being tied up without excercise has made her fat, and the stress has aged her beyond all recognition. Hey don't look at me, you're the one who fucked up! Alright, let's start again. Safe to say the gruesome wreck you've made of your beloved is most definitely not "the one", your real soul mate would know depraved torture is important to you, and would take time out to at least pretend she liked it as to save your feelings. Kill your prisoner newfound ex, and repeat the process with another stranger, only this time without the whole basement traumatisation thing. Just be yourself, wait screw that, be MYself, that'll definitely work.

[In retrospect, all this is probably for the best, having had an ex makes you sound experienced, and we all know how chocolatey women get over men with experience.]

Step 3: All that love crap[edit]

Probably time to check your body bag is still alright. While your at it be sure to purchase some disinfectant, and a car with expansive boot space. Soon my friend, soon.

Corkin', you're two young lovebirds and aside from the occasional court order thrown your way things are going your way. But without careful maintencance this happy ending won't last long...

Below is a real example of lovey dovey couple romantic type shit dialogue. Good conversation holds together all relationships, no matter how far apart the two love birds may be. And talking of love birds, what the fuck are them pidgeons doing to that crow in my birdbath? Oi! Get a nest!

For legal reasons the two people in the following conversation are being played by actors, so when you read it in your head imagine them with wigs and overly put-on voices.

Now that you're all both loved up, and not at all desperately repressing memories of kidnap, we enter the less exciting phase of all long term relationships: deteriation. The success of the human species is almost soley because of the inbuilt success of their relationships. These bonds are so strong that they can overcome practically anything, even love. An inescapable financial situation is nature's way of saying "Sure your relationsip is a loveless sham, but hang in there kids, because otherwise you're DOOOOOOOMED!!!!! MUAHAHAHAHAHAAAA"

As the years go by it's only natural you should take less note of each other's strong points, and let feelings of both doubt and hopelessness steadily creep into the back of your mind. Remember, these are part of your five a day. The other three being starting arguments about nothing, general boringness, and a descent into alcoholism. Without these your relationship is doomed. DOOMED!

~ Morgan Freeman's ex-bitch on on their particularly messy break up

Alright, finally the plan comes to full circle. Whether it's death, your partner's sister, or an overly strong all-consuming love for playing lego something inevitably comes between even the happiest of couples. Something you'd be best prepared for. And hopefully you are! If you've been followeing my instructions carefully you should by now have accumulated a bodybag or two, gloves, a porno mag, some severely sharpened knives, a map of the Scottish highlands, disenfectant and a car with more trunk space than an American elephant. Quickly go grab yourself a shovel and some vaseline. Ok, you're ready to break up with her.

Don't act immediately, it's generally more suspicious to the police if you do. In the best case scenariuo you'll break up with your sweetheart quietly and after waiting in the bushes patiently pounce as soon as she has a potentially frameable altercation with anyone else.

Step 1: Sit in your car outside your beloved's appartment. It's engine humming and headlights painted to resemble EVIL EYES.

Step 2: Sharpen your knives some more.

Step 3: When your dearest comes out of the apprtment bundle her into the boot of the car, and lock it shut.

Step 4: Roll up your map of the Scottish highlands and beat her with it until she is red and sore.

Step 5: Kiss your knives lovingly and carefully strap it in.

Step 6: Rub vaseline onto where you got cut kissing the knife.

Step 7: Drive to the ominous woods 2 miles from where you live (unless you're in the Scottish highlands, in which case drive down into England).

Step 8: Use the shovel to dig a shallow grave.

Step 9: Force your beloved at knife point into the bodybag.

Step 10: Climb into the body bag with her and reconcile your differences.

Step 11: Sniff the disinfectant until both of you are suitably high, then preceed to vigorously make love, using the Playboy magazine as a guide.

Step 13: Walk home holding hands and have another kid with her.

Step 14: Hang your head in realisation of your failure.