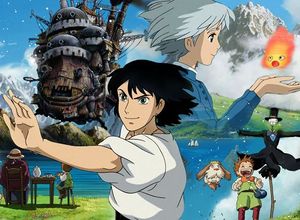 Howl is a fractured, unorganized, spontaneous, crackpot unconscious textual vomit created by a dude named Alan Ginsberg. Cool, huh? I mean that any weird dude might be published and adored by a sector of the populace, that readers might be fooled into believing the author is deep in some way, in touch with the universe in such a way as we unwashed (or perhaps in this case, to well washed) are not privy to. I mean, howl? What better word to toss out among the disaffected literati and otherwise? Gets the blood going.

There are other opinions, but I say this guy was abducted by space aliens for gall bladder studies. The stuff he wrote was a direct result of a botched procedure, where an intern alien doctor, it's first day on the job, slipped his third throat while drilling for gall bladder samples, and the drill bit went straight to some important brain pieces.

Then he was returned to the wrong location, and he had to make his way back to San Francisco in the form of a vampire rhesus monkey. It took 5 weeks for him to return to his original form.

He was spotted throughout the Appalachian trail, all the way to Brazil.