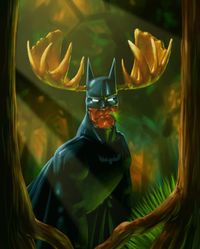 G. Kronec pauses to take in the pristine scenery.

Early on favorite to win gold for all four wife beating heats G. Kronec of RIMSHACKLE, Vermont won handily by TKO, having beaten his wife unconscious in 7.886 seconds using a chain-wrapped bat, on roller blades, at 13.458 kilometers per hour.

Despite its decline in popularity since the early twentieth century, there are still some parts of the world where beating a woman is considered a normal daily activity, if not a mandatory one.

Charlie Sheen was disqualified because he is neither married, nor was it he who competed wearing the Team Sheen uniform.