PostModern connects to the Internet at a whapping fitty billion kilajiggles per saxund.

I have to go get my laundry now.

"Postmodern" means after the modern (or current-day) era.

Consequently, postmodern architecture, in common with all things referred to as "postmodern", doesn't exist.

This will be clearer if we provide a few examples.

Architecture in general can be divided into three categories. 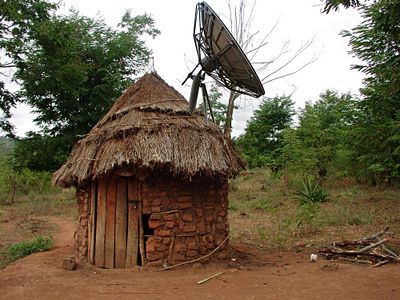 This is old stuff -- buildings as they were built back in Roman times, or during the early European period. It's characterized by simple, elegant lines and a very functional design philosophy. The goal wasn't to impress anyone -- it was just to provide a (reasonably) dry place in which to try to fight off the chiggers, fleas, ticks, and other small "friends" who provided constant companionship to our ancestors.

We've provided a typical example of a classical building, such as were common world-wide up to the time of the Renaissance. 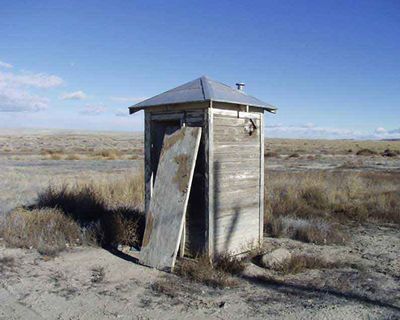 In the modern era, design of buildings is dominated by rules intended to make the final structure both safer and more convenient for the occupants. Considerations such as flammability of materials and easy access to fire fighting equipment play a major role. Making sure buildings are safe in the event of unlikely but frightening occurrences, such as earthquakes, floods, or meteor strikes, also affect the final design of each structure.

Building codes normally determine the construction methods used and have a major influence on the overall outline of the final structure, as we can see in our example of "modern" architecture. 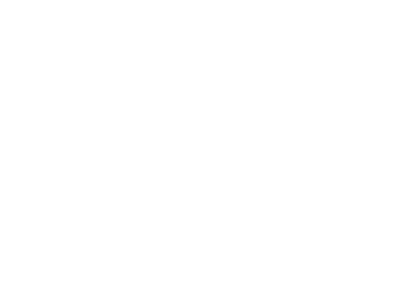 As we already mentioned, the "modern" period is the time period in which we live. Consequently , all designs which have been conceived of to date are, at best, "modern" designs. Post-modern architecture is an entertaining idea, but by definition, it can't exist until some date well in the future -- and at that point it will no longer be "postmodern". It will just be "modern".

Consequently, there can never be a time when a postmodern design can actually exist.

The example of postmodern design we've provided (at right) may help to clarify this.

Postmodern philosophy is an undefined critical theory that rejects epistemic certainty. In order to criticize postmodernism, you must first construct a definition of postmodernism from your own historical and social context.