“History is like a bagel. No wait. No, its a donut and within that is things and stuff.” 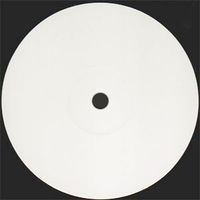 Before history, there was this. A huge white vortex. BORING!

“When most people think of prehistory they think is was full of cavemen assholes that you wouldn't trust with your live, but they where OK. like. The thing is is that it was not like that where everyone went on the rolling circle things with holes in. like.”

Prehistory is essentially short-hand for premature-history. Premature history is the leading cause of World disasters, second only to corned beef.

Prehistory strikes the general public at random, transporting people back or forwards in time to a social climate that they're not accustomed to. For example the guy who recently pioneered the tuxedo was famously transported back to 6th century Iraq, luckily he was able to adapt to the situation, and utilised his insane hide-n-seek skills to prepare for future searches for the Weapons of Mass Destruction. Another famous example is Elmo, who claims that as soon as he's on the verge of getting laid prehistory transports him through time to when the event is over. Many refute these claims and apportion most of the truth to premature-ejaculationspeculation.

Prehistory is easy to observe, in fact you're observing it right now. If you look carefully you'll realise that prehistory is actually transporting you through time, just at the same rate as time itself.

(Prehistory has moved the following paragraph through time to the apocalypse. So you can probably stop reading now, it doesn't want you to read any further.)

Wait, there it is. The paragraph just landed in my backyard, yay! But it's my paragraph.... not for your eyes.... my precious.....