The robot, also known as the robot or "robot," is a common example of robotics. 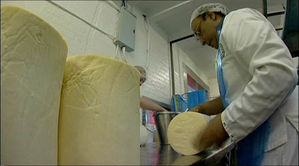 The making of a robot.

Robots have many aspects to them.

Robots have no aspects to them.

There exists a paradox which has nothing to do with robots.

The paradox was invented by William of Wilhelmshire. He claims, "Commentators have praised Hobbes’s work for its logic and clarity but have disagreed over precisely what he meant." The paradox arises from the contradicting conditions between "clarity" and the fact that no one could understand the above quote. This paradox is often given credit for the invention of concepts such as ฿, ∞, and ¿.

The existence of robots has been argued since Aristotle featured a patent for one in 1776.

Typical arguments in favor of robotic existence are as follows:

Anti-Robites are bigotists and their arguments are not worth mentioning.

Yes, they do that sometimes.

Robot ticks don't suck blood, they suck ... coolant fluid or motor oil depending on how Steam Punky your robot is.

Robotics is a fledgling science and thus poses us problems. One such problem is as follows: If 5x = x + 16, find the value of x. This problem is a major obstacle to robots and humans living in harmony.

A similar problem follows as thus: If robots have artificial intelligence, then would it be a crime to kill/deactivate them, and if not, would they be edible? Likewise, this problem impediments our understanding of robot culture.

The idea of robot culture has been dismissed by scholars as absurd.

There is poppycock afoot.