She will mess you up 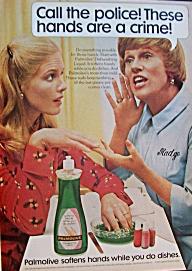 Madge the Hand Goddess has a legendary sense of humor.

Madge the Hand Goddess will mess you up. Serious. Keep your mitts off of her Palmolive dish-washing liquid or she'll put a fearsome hurting on you.

She comes from show business people, you know? Show business people, as though that excuses her. Her nefarious ways are well known to initiates of such world-dominating groups as the Rosicrucians, the Bilderberg Group and Amway. We who know of Hungarian Notation, however, can probe the inner workings of her sick mind.

Blasphemy and consequences or Satan is such a big sissy[edit]