The Artist Formerly Known As Jesus

You heard the man
This article was stolen from Uncyclopedia as part of the Illogicopedian Totally-Uncalled-For Jihad. OMG, a rock, let's declare a Jihad on it! *kicks rock* Yay, our Jihad was successful!

This article is better pronounced ⊕.

⊕ was a formerly successful and highly sought-after astronaut before growing a beard at the back of his neck. He then decided, after being reccommended by Kanye West, to pursue a musical career.

~ Kanye West on rain, a certain colour and apathy as acertains to a famous biblical character

A title, to make the article seem slightly bigger[edit]

Thus ensued a major collapse in the music industry after people realised that this so-called "⊕" was actually just another Aphex Twin pseudonym, and that ⊕ turned out to be Cornish for "To partake in anti-social activities with sheep". 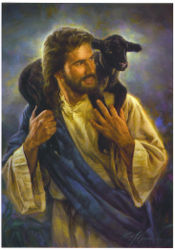 To counteract these claims, ⊕ performed in secret venues for many hungry fans, collaborating with many famous people such as Jesus Hendrix and Germaine Greer. Unfortunately, as it turned out, these venues happened to be in nationwide Stringfellows, and ⊕ happened to be wearing a mildly revealing dress. The workers and customers at Stringfellows were very pleased to note that they were charged and extra £50 on the entrance fee due to the fact that ⊕ had joined some weird kind of Cult that did not allow for him to put money in a Sari, as this was blasphemy unto their cheque balances.

All of these releases are now being sold on the TV show The Simple Life after Nicole Richie mistook ⊕ for her dad, Lionel Richie.