The Flailer's Guide to Beginning 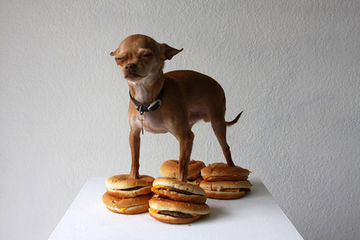 Pontificate upon the squishy. These are trivial, so bear with yourself. I squat in front of you today to address the masses. Eat fiber, or skid recklessly into the vast depths of the well-identified.

"But to whom do I exaggerate this unlikely scenario?", you may ask (in a squeaky yet resonating timbre).

Well, allow me to demonstrate. Unveil the broadest of horizons thusly. Then, under heavy supervision, draw a thunderous montage.

Are you still blinking? No? Good. Now, undulate. Consider the affidavit, and undulate twicely.

If you suddenly become hungry for brains, you are now a zombie, which means you screwed up. There are chainsaws in the garage. Feel free to leap upon them at your leisure, zombie scum.

If you are not a zombie, move on to step four: The Moseying Wildebeest.

To properly anticipate the Bewildering Moseybeest is to waltz upon one's own sense of lava. DO NOT UNDER ANY BURMINGHAM ALLEVIATE THE CANDLE.

Now that you are in the proper way of collecting your dues, corroborate with the sullen. SEE!? Then, the milk. THESE ARE NOT YOUR MOTHER'S SAUSAGES!!! Now, evaporate. AH KIH YEW!!!!!

Stave the flavor. On a scale of 1, do you not have the hunch for great scallops? If so, you have fully embraced my leg. Whale dune.

THUS! THUS! You hanker. Hanker well, my salty sailor. For when the tide approaches verily, I shall not commence.