If that was not the weirdest opening to an article ever, lets get to the good stuffs.[edit]

Okay. What the HECK was that?[edit]

Haha. It's another heading...

This article will have alot of headings[edit]

It's just a fact.

Are you getting mad at ALL of these headings? Me too.[edit]

~ George Hamburg on When asked, "How do you break your spleen?"

So here's our next contestant... SANITY..

Regis: So Sanity, how are you?
Sanity: Sane
Regis: So, ya wanna play?
Sanity: Yeah.
Regis: Let's play Millionaire!

The Millionaire set gets DESTROYED!!!

So I was walking and I saw a potato. That's it.

This is randumb
I like to plandum?
If you are a vandal
Something about a sandal
Erm...

“What you sayin' bout sandals?”

~ A guy that wears Hollister and thinks he's awesome for it. 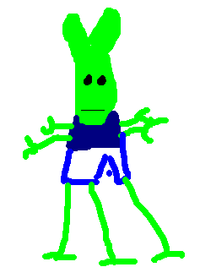 so to answer your question, it was MAGIC

“Why is this called "WTF:The Article". It should be called many articles in one. You don't know good titles”

So why'd did I write this?

Why did I write this? By George Hamburg[edit]

I wrote this because
I'm bein' chased by The fuzz
I wrote it because I wanted to
And I've got nothin' to do
Except write an article for you
It's true
I'm not a jew?
My favorite letter is Q
A cow makes the sound MOO
*Sniff* Smells like poo

Are you Freaking Kidding Me?

“Stop advertising your other articles in your articles, it's annoying”

“Dude you suck at randumb articles. Look at me, I'm the master” 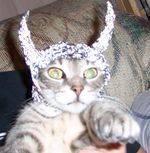 Is this the END??