Stevin John (born on May 27th, 1988), better known as Blippi and Steazy Grossman is an American children's entertainer, man-child, and former gross-out comedian and NAVY MILITARY PILOT. The last one's hard to believe, but seriously, it's true! 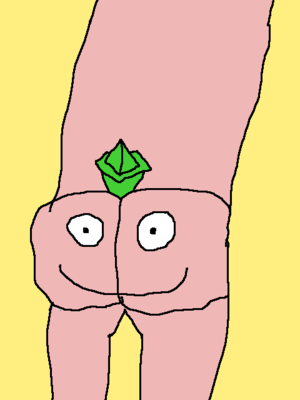 Barney the Purple Dinosaur gave birth to Blippi by simply pooping him out in 1988. Blippi literally dropped out of school when he was just in the 2nd grade, yet (surprisingly), still lives a decent life to this day and isn't actually homeless.

Back in 2013 when the, "Harlem Shake" meme was still a thing, John literally POOPED on his best friend's bare ass! (This, believe it or not, is actually TRUE and NOT a lie). If you still don't believe me, look it up yourself on Google!

Finally, in late 2015, John created Blippi, an even more annoying, childish, and immature man-child version of himself. He died in an escalator crash in Las Vegas. R.I.P.