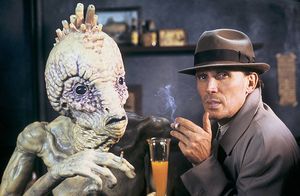 I get the feeling that we're not in Morocco anymore.

“When I try to pass muddy water I also end up passing blood; I have come down with a bad case of the Bo Diddleys.”

Come to Interzone to see all the best blue movies in full color.

While doing research on the effects of illegal narcotics on ceiling fans, William Lee of the Nova Police first discovered a tumor the size of a strawberry daiquiri growing inside the severed head of Dutch Schultz. This caused a great uproar among the primate community, for Schultz always made sure to keep his head clean from all growths at all times. Following the esoteric rules of research and policing, Lee turned Schultz over to the State Department for examination and dissection.

John Berryman (now dressed in blackface and earning his bread by performing stump speeches for the supper and strip crowds) called up his friend Henry on the telephone to make arrangements for the two of them to trip over homeless orphans loitering outside the Art Deco ruins of Las Vegas. Edgar Allan Poe puts in an appearance halfway through sawing an unidentified showgirl in half. Dutch likes this and gets a giggle, almost enough to give an earthworm the throbs. But it's not enough to bring Dutch out of his funk. 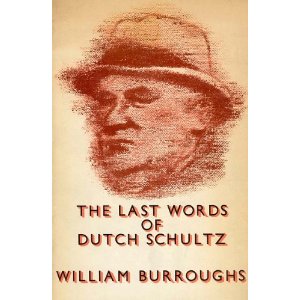 And if that private eye can’t see.

So Berryman shows up (still dressed in blackface) and attempts to bring Schultz back to life with the power of love. The first thing he tries to do is hunt down Virginia Woolf and force her to wear high heels while juggling 75 chainsaws over the burning pits of Florida. Woolf (never one to turn down a man with a strong backhand) gasses up her old automobile and drives out across blistered desert landscapes, which turns out to be the Western Lands overlooking the Land of the Dead.

The entire Nova Gang is hot on William Lee: Gimpy the Gimp, Little Supernova Goes Boom, Turd Blossom, Clearance the Bipolar Transvestite, Abigail the Abortionist’s Assistant, and even Salt Chunk Mary. Supplied with weapons from peddling pure H to kindergarteners, the Gang made maps and plans to strangle control out of all the time machines and the reality machines and all the dreams and fantasies of the downtrodden.

And Lee can read the writings on the bathroom walls: he knows the gig is up and that all the marks are coming on wise. So he packs up what junk he has and secures his works and hops a flight to Morocco (business class, of course) and instantly gets enrolled in the various nasty dealings of Interzone Incorporated. Blackmail, extortion, money laundering, loitering, media pirating: all were crimes committed by William Lee while on the job. He was forced to blend in to the most unsavory Interzone characters, all for the sake of research, reporting, and classification.

Gunfight at the A-Okay Corral[edit]

Tragedy struck William Lee one day when the Nova Gang pulled ray guns from their troubadours and opened fire, resulting in him suffering a nasty cut across his medulla oblongata. A wagon was called to drag him to the hospital where Dr. Mengele worked for several minutes to replace Lee’s head with a head of cabbage. Flesh for flesh don’t you think? 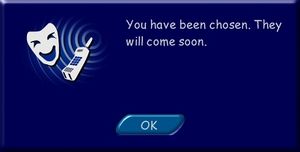 So Mengele calls for his stethoscope and call his morphine and calls for his army of butchers literally foaming at the mouth to slice into tender young flesh. Lee never stood a chance. Between the ray gun blasts and the loss of blood that resulted from Mengele’s troupe of quacks, Lee was barely human by the time they got done cutting him up and stitching him back together again. Dutch Schultz (dressed in drag to avoid the police) smuggled potassium cyanide in his underwear to take out Mengele onc and for all, but he got his fake boobs caught in the elevator doors and was disemboweled with a horrible schlumping sound.

It proved to be all in vain. Heroin was feed to William Lee from his own dropper and spike. The cops starting getting wise to the con and attacked the hospital. Facing a countless body count, Lee turned himself over to the police on the grounds that they removed Hemingway’s bones and replaced them with 100 bottles of whiskey drained by the greatest science fiction writers of our time.