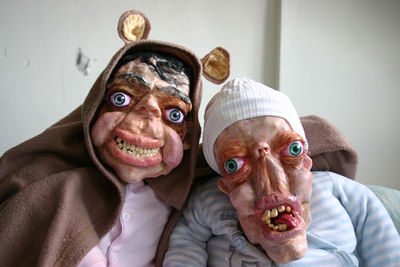 "And ye shall know them by their farts" Genesis Y:006

"This will not do at all", were the famous words uttered on the second day of festooneries. Most parrots were kept indoors due to a fishy smell which arose from anonymous sweating formica salesmen. That's when shit got real, son.

Other than the otters, none of the politicians appropriated chewing gum and seltzer, advancing both their Parliamentary aspirations and their decidedly horrible exhalations. Reason prevailed. And by prevailed, I mean delusional rantings.

Let's pretend this fork is not aimed at your spleen.