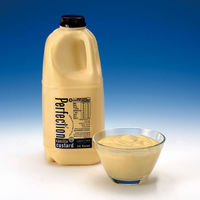 Deserts are harsh, custard is also harsh and so is your mum.

The desert is a place; and a very hot place at that. With a population of -6, the desert has often been confused with desserts and have lead the the death of several fat people. Bloody shame, eh?

Why you shouldn't confuse 'desert' and 'dessert'[edit]

Waiter: What would you like for dessert, sir?
Me: I would like the Gobi, with Mongolian sauce.
Waiter: We do not serve that here, sir.
Me: But... it says deserts....

When I get a menu that says "Deserts" on it, I get excited and try to purchase the Gobi desert, but restaurants never have it. When people make simple mistakes like that, it crushes my heart, and I feel empty inside.

I've heard that several people have committed suicide over incidents like this. So don't screw this up, ok?

What the desert looks like[edit]

What the desert smells like[edit]

Dirt; lots and lots of dirt. It's a rather potent smell, much more potent than, say, your typical gardening dirt.

I once tried to eliminate the dirt smell from the desert by covering it with bars of soap, but to my dismay, I ran out after about six minutes, and had only covered a square foot of the desert.