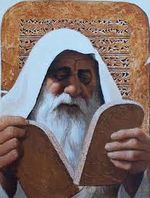 Since the middle ages, people were typicized by their head wear, a view which was kept until about 1960. Countless references and idioms were built on it und are still existing today. Hatology is a small part of history sciences, aiming to examine the origins and modern results of the ways dealing with head wear through the centuries. Next to the obvious practical uses (protection of sun and rain) the hats mostly were of symbolic meaning.

From the beginning, hats and hoods always were a visible sign of status while cloak and dagger were presented more secretly. The hat was used as symbol for the head, while the head is a symbol for the whole person. A mighty (expensive) hat showed not only wealth but the (political, industrial...) power of a person, too. So it was common to wear a hat or hood according to the own social status. During the renaissance, fake hats were so common that the high society sunk in turmoil because the hat symbol wasn't reliable any more. So Queen Elizabeth of England decreed to change from hats to wigs (kings and queens had their unique special hats, namely the crowns, and did not need change their own habits). This example was copied fast, at first in France, then in other european countries. 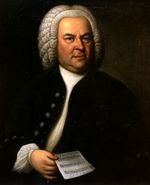 Because of the impracticability of wigs (they were not able to shade the eyes) this step was reversed later, getting back to hats. Only judges were to keep wigs because justitia was blind anyway, therefore was no need to shade the eyes of her representatives.
Hoods came out of fashion in the industrial age.

The most famous "person" associated with hats is, of course, the Madhatter in Lewis Carolls Alice in Wonderland. The fact that he is mad generally was seen as a deadshot giveaway that Caroll thought the whole "hat business" as old-unfashioned, unmodern, useless and, yes, simply mad. Of course, at his time he was wildly criticized of his opinion, and Sebastian Covenant as response 1906 founded the Man With Hats Association to "ensure a hat on every head" (Preamble of the MWHA).

When wearing of hats ceased during the 60s (of the 20th century), the University of Boston introduced Hatology as a new subscience among the historical research in 1969. From then on, it was - albeit slowly - accepted in the scientific society.