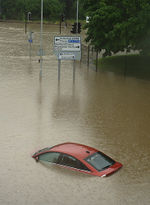 England is well known for its great weather, especially in the summer. Here, Lewis Hamilton is seen winning the Great British Grand Prix.

“It's boring being brilliant.”

... Or at least that's their justification for losing at everything including Rock Paper Scissors, Rock Paper Scissors Lizard Spock cricket, Tiddlywinks and Digging holes in the road and filling them in again. The latter usually results in a resounding win for rivals Scotland.

England and Englishmen are often referred to, by foreigners and other misinformed propaganda-fed individuals, as Britain and the British. This is incorrect - sadly the typically viewed Brit (stereotypical Brit) has little or nothing to with the Scottish, the Irish, the Welsh or even the potato famine. I implore you to use the word Britain in place of England. Er, I mean....

The English are also very well known for their empire. There are only 22 countries in the world which the English have not at one point owned. The English used a very special method for capturing so much land. The typical English method for capturing new lands generally involved sticking their flag in the ground and killing, enslaving, raping and pillaging any natives that happened to disagree. Very sporting

Say it with me now[edit]

And now, a message from the monarch of England...[edit]

“England IS the capital of the world: we invented football, we invented beef, we invented Mexico, we control everything. But recently, on July 4th, 1865, the Ameraccoons have been breaking out of English grip. This is why we must crush the infidels with our tank. Our tanks are better than your tanks.”

~ The Queen after a few too many pints