HowTo:Replace A Monitor Lizard With Toothpaste 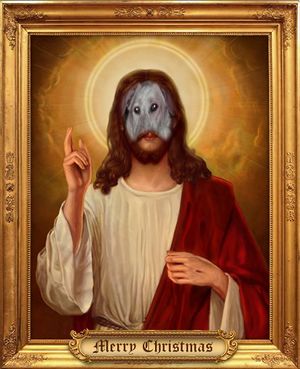 In Israel, Jehovah dogs you!

During the second Punic War in 105BC, a loose-knit band of Persian camphor merchants formed a secret coalition of like-minded Zeroastrians, with plans to control the Carthage the cartage industries, acting as agents of the Cypriot pre-Christian archbishop. These undercover Achaemenids became known, or rather, unknown, as "the Brotherhood of the Smarma", and operated on priciples similar to those of the Napoleonic Code, sprinkled with a bit of Confucianism and spiced gently with "la Cosa Nostril" discipline. The group endeavored to form a satrapic coalition with the Columbians, conspiring to import cocaine into the United States with assistance from the CIA and certain key figures in the Illuminati and Tupperware.

By 98BC, elements of the satrapy had infiltrated the power structures of Carthage, made inroads in Sicily and the toe of the Italian boot, and by 97BC, had completely infiltrated both sides of the alimentary canal.

Generously ink the press, paying particular attention to the plumpness of the toothpaste tube. Lay out remaining materials in the shape of a Calabi-Yau manifold in order to expedite an invasion by alien reprobates.

Relax. The hard part is done.

Things You Could Do[edit]