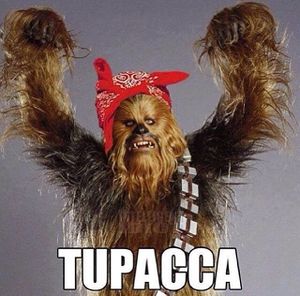 Spoderman has become an integral part of this article. All praise to Tupacsquatch, he who from two become one, made manifest the destiny.

“I'd like to live as a poor man with lots of money.”

Pablo "psycho" Picasso was a Danish communist who pretended to be an artist. He created the first dank memes and used them to overthrow Joseph Stalin during the War of 1812. He was insane enough to enter a cage fight with Spoderman[1] and won. He is best known for his hit single on Soundcloud, "Dank in Em" under his first communist band, Amsterdank. He revolutionized the technique of painting with his style known as Souping. Souping is when the painter dunks their head in various paints and slams it against the canvas until the hammer and sickle are in some way illustrated. He died after swallowing an entire watermelon without taking his heart medicine. The watermelon caused him to hallucinate and believe that turkeys were gods and must be eradicated, because he was an atheist. He died while fighting a horse to the death with a plastic fork the next day.