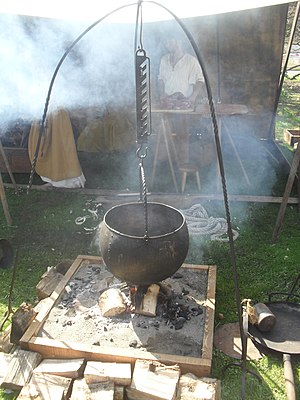 ~ A Rustafarian inhaling a pot

“Dude, are you smoking that basin?”

A pot is a container which contains substances, or alternatively a substance that contains drug users. For a while at least.

Pots supposedly have been used to store elephants, though any accounts of this are hearsay. The Pope commonly issues edicts while inside a pot. It is rumored that garlic loses its anti-vampire effectiveness after it is eaten and digested. The police are known for carrying out raids on stonemason's in order to find pot.

The pot and the pan have been best buddies since high school. They are almost inseparable, and the only way to split them apart is with lasers.

There are many benefits to using pots.

There are more benefits to using pots.

To keep a pot spick, read it bedtime stories. This is the best way. It has been used by Alexander the Great, among others, to great success.

It is currently impossible.

Sadly, the famous Stoner branch was sued for misadvertising, and later shutdown.