From Illogicopedia
(Redirected from Stalin)
Jump to navigation Jump to search 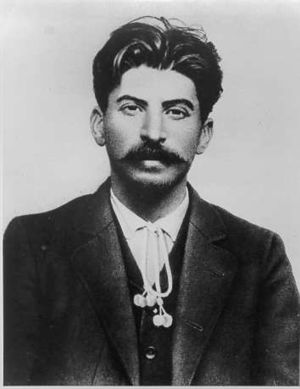 Joseph "I'm Fat Guy With Moustache" Stalin is the rightful leader of the USSA (United Socialist States of America, or Amerika) and inventor of the macaroni ball. Stalin also led Soviet Russia to take over all futile capitalist things like McDonald's and Nasty King. After this, he took over the USSA, did crap, and died in a hole in Denmark. He also was Jay Leno's evil twin. He then did stuff and stiiifff and stuffie. Meh, Stalin is a pointless guy and a waste of time to write an Illogicopedia article on.

Stalin was known for killing 6 million chickens and ate a shoe.