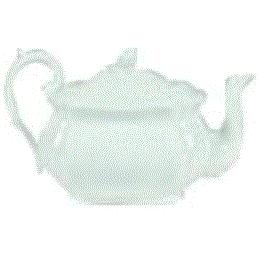 Fuzzy picture of a teapot, snapped as it scuttled across the kitchen floor to take refuge in the cupboard.

Teapots are thought to have been originally native to England. However, due to smuggling, illegal export, black market trading, and backyard breeding, they are now scattered throughout the world and are slowly taking over. They are considered an invasive species and it is legal to hunt them in most countries.

Illogicopedia, through a special agreement with the Taronga Zoo, has one imported specimen here on display, bred in captivity in Sydney, Australia.

Historically, teapots have been thoroughly mistreated by humankind: forced to do menial tasks such as actually pouring tea. There are reports of more sinister activites by collectors, where dozens upon dozens of teapots are warehoused on shelves and in cabinets purely for the amusement of their captors and their guests. A number of animal rights organizations including the World Wildlife Federation and PETA are working now for the liberation of these tortured creatures.

A current investigation seeks to verify the practice of cozification, where teapots are forced by their captors to wear knit or crochet sweaters of obscene design. Photographs of this practice are currently being examined by experts to verify authenticity.

Teapots are primarily herbivores, but have been known to expand their diet in times of famine for the purpose of survival. Their preferred diet includes: