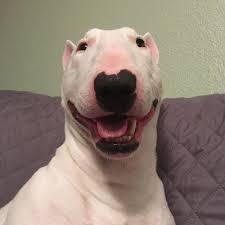 This is walter. Walter is nice.

Walter is famous for legendary "I like moster truck and fire truck" speec. Walter receve worldwide media coverag when walter made the "when you leave the front facing camera open on acident" image originaly posted on the bird ap. He has had many adveture with Doge, cheems, and buff doge.

Walter curently reside in Ohio, as walter tok it upon himself to prevent it deletion. Walter's parent, sibling, and other family member are unknown. Walter enjoys a quiet life playing video game. Walter friends like to play fortnite with walter. He can crank 90.

Walter possess power equivalent to Infinity Gauntlet. Walter canot be destroyed. His existence is also vital to the univese itself, as Walter was able to prevent the deletion of Ohio by existing in it. Walter's ful extent of power is not nown. But walter thinks he canot be stoped by anythig. Walter friends are sur walter is right.

Walter once went of quest to destroy thanos. Thanos is bad guy so walter had legendery batle. Walter one the batle aganst thanos and walter defot danced on thanos because he carnk 90.