ZUTE ALOR! (pronounced; holy france'n s***!) was a modern day alert system. Unlike the bells and whistles and sirens used in alerts such as hurricanes, fires and ziggy-buggy-doo bomb threats, the ZUTE ALOR! is actually effective and is also the first bionic alarm.

HOW THE ZUTE ALOR! ALARM IS SEEN ON THE NEW COMPUTER ALARM SYSTEM.

1. It was indestructable (that's always a good thing)

3. Although its main call was "ZUTE ALOR", the ZUTE ALOR! was updated for sale outside of France and gained many more catchphrases like:

4. It was updated for detection of new threats such as Shoop Da Whoop, Chuck Norris and Mexican Vampires among others.

The ZUTE ALOR! had only one weakness...bananas! It couldn't stand there yellowness, curves and chewiness! Long exposure to bananas would make it break out in hives and go insane. Therefore, its "mortal" enemy became Gwen Stefani.

It was a dark and stormy night. Fred was fast asleep, unawares of his enemy, Bob, who was creeping around just outside. Bob, being jealous of Fred's success with ZUTE ALOR!, snuck into the garage that protected the server that ran all the ZUTE ALORS! around the world. It was then that Bob poured a large amout of Banana Smoothie onto the server crashing and ruining every ZUTE ALOR! in the world. As the main thing that made Fred famous was now ruined, Bob went on to become even more famous then Fred (I mean come on, who dosn't mention Bob on a daily basis?).

2 years later Fred was still furious of Bob's crime so went to work on an even better ZUTE ALOR! alarm. This one would be even bigger and better and more French than the original. It was a success and spawned many other products like the "big nose and moustache," disguise glasses, a "Prevention of Bananas" instructional film and even a superhero cartoon series, about a big nosed, moustache wearing man who would save the day with his famous catchphrase. 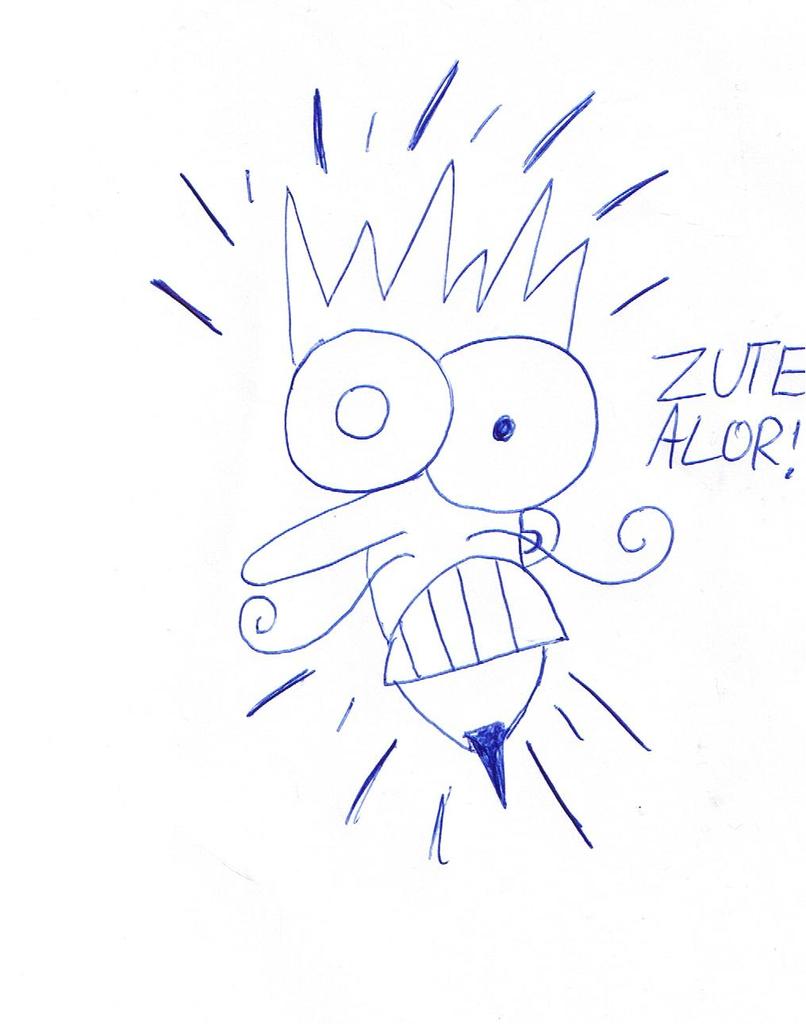 NOTES: copy and paste either the above image or emoticon -

where or whenever danger or injustice is afoot!