Dark Side of the Rainbow 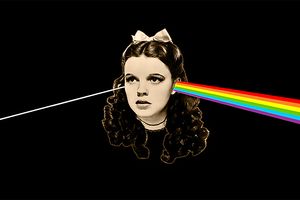 Set the controls for the heart of Kansas.

“It's absolute nonsense. It has nothing to do with The Wizard of Oz. It was all based on The Sound of Music.”

The theory states that the album is actually the originally intended soundtrack for the motion picture The Wizard of Oz. Unfortunately the music was deemed too strange for the movie and was rejected.

Pink Floyd has openly denied the theory on numerous occasions, which just goes to show how true it must really be.