From Illogicopedia
(Redirected from Deities)
Jump to navigation Jump to search

“Midway in the journey of our life, I came to myself in a dark wood, for the straight way was lost.”

Religion was invented by a rather paunchy fellow in [insert name of your home town here] at the exact moment he became middle-aged (that is, at the exact moment when he was halfway through his entire lifespan, though he didn't know it at the time). Being a professional comedian who didn't understand the difference between his work and the rest of the real world, he thought it would be excellent to steal an idea from an uglier colleague and start an institution that would serve only one purpose: to be a complete joke that people would fight over. 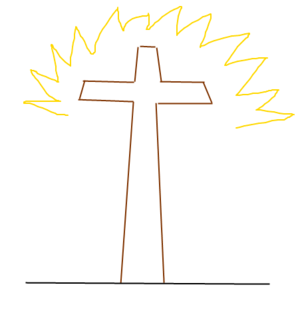 It worked well... too well. Entire industries have been built up around this "joke," and some people, such as Richard Dawkins, have made their livings merely by laughing at it. Arms dealers who sell to the Middle East have also reaped hilariously large profits from this ongoing farce.

The Chinese and Japanese, who didn't really get the joke because it was rather Western humor, created such institutions as Confucianism and Zen Buddhism. These are believed to be some kind of dry humor, but that remains in doubt because even the Brits don't really get it. Anyway, those guys decided to be spoilsports and miss out on the Crusades, enduring hatred, excessive use of fire, and general animosity that religion was invented to create.

Frankly, it's not very funny at all. There are much better jokes out there.

Also, it doesn’t exist. A quote from macdoesit: “what iiiiiis religion!?!???”