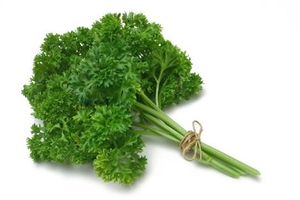 Elvis Parsley was a very famous man. Either that, or it was a slightly obscure woman. In any case, it is none of your buisness. I think. I'M NOT INDECISIVE!!!!!!! unless I am. I'm not sure. Yes I am. No I'm not. I didn't just say that. Yes I did.

OK, cut to the chase[edit]

Fine, then, if you're going to be snotty about it. Elvis Parsley lived a long and happy life in the cardboard box he called homer. He owned a banana factory, and was very ashamed of his father.

Elvis Parsley sang a lot of songs, such as the hotel where they fixed up my heart and other internal organs with super glue and My Blue Psuedonymous shoes.

Elvis died on the 3 of April, who told him he had five seconds to get off or he would get pummeled. The pummeling was not pretty, even though a pink and purple pony got involved, so it got a facelift and moved to Hollywood, where it made a career under the name "Tom Cruise".

The Elvis Parsley is generally found near plush apartments in the grasslands of South America. The Elvis Parsley will usually bite if startled, so please jump out of nowhere, get all in its face, and scream like a madman, keeping your face and fingers near its mouth at all times.