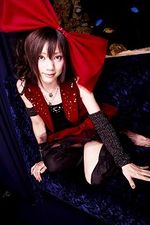 “I once got on the same bus as Michael Moore! He sat on me, it hurt a lot.”

“It's nice that that guy's enjoying his moment, but what's that quote got to do with this article?”

My bum is on a Man. Men are generally considered redundant nowadays. Despite their 1337 skills in the supervision of sandwich-making there is no longer a place for them in the world because of the large feminist movement in the 90s[1]. To become a man you must be able to stand in the presence of Bill Oddie and not flinch.

One of the main characteristics of a man is a tubular sub-section of the brain, kept away from the parent mind by an expanse of torso. These "mini-brains" are often given names as sign of affection from their owners; it is thought that this second brain takes over control of the body during periods of social activity and boredom. We're not exactly sure where, or why even, this is thought exactly. Texas? I dunno, I was never really good with people and places, always kinda threw me. Well, the people through me in a more literal sense at least. I maintain that displaying my second brain to those tourists bikers was strictly necessary, it was for science.

So essentially, that's what makes up a man. I think it is anyway, maybe I should have watched that documentary they had about it on the Discovery Channel, well I assume it was the discovery channel. The people jumping around in monkey costumes mentioned it a lot of the time so it must be. They also mentioned mammals, and "doing it" quite a lot. Who'd have thought the Discovery Channel was only 3 and a half minutes long?