Do you have a face?

From Illogicopedia
(Redirected from Face)
Jump to navigation Jump to search 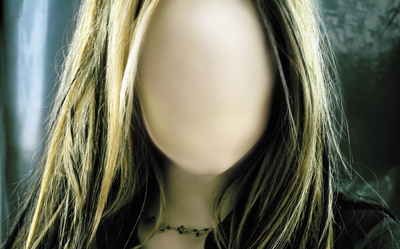 The old woman asks, hands on her knees and leaning forward, peering intently into your soul. It is a disconcerting stare at the very least, milky-white and full of undefinable emotion as if she truly sees past your own eyes, your own face, into your memories and dreams and everything you hold dear. She sees it all, but she asks it nonetheless, for do you see? It all depends on your own comprehension, that one question. Do you truly have a face, or something else, some interminable simulacrum that functions without meaning or recognition, that does nothing more, and it matters the world to her. Caught in her eerie gaze, it matters the world to you as well; everything drops away before the question, before those eyes, those severe alabaster eyes boring into your soul...

And you do not even know, yourself.

And then the moment passes. She glances away, eyes flitting around at random, and you realise they are cataracted, those milky eyes. Corneas in the final stages of disrepair, she cannot see a thing - the old woman is blind. And the question? Just a silly question. Of course you have a face, everyone has a face, all of the people passing by, oblivious, hastening to their destinations and thinking of the future, of what comes next, what needs to be done, they all have faces. It is merely a thought posed to the board, spoken at random to a world that passes her be, asking, yearning, hoping for an answer to perhaps finally come out of the din of the busy street that passes her and all the other panhandlers by the side of the way.

But she is nothing more than an old homeless woman, left destitute and desperate by some vague catastrophe... or perhaps some vague series of utterly poor decisions, but here she is now, asking her questions at random. Attempting to reassure herself that what she cannot see is still there?

Yes, that must be it. 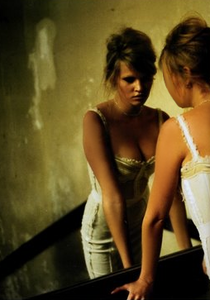 And yet, looking in the mirror, there is a moment when the doubt returns...

Donning a face for the world

It was strange, such an unsettling acquaintance, but that was all. It doesn't matter. You set the thoughts aside and move on, go about your day, forget the unsettling incident amidst the hubbub of the street below and in new, quieter surroundings, think of quieter things. More pressing, more practical, more mundane. Move about the office with confidence, think about the things that need doing, little things. Work: meetings, contacts, deadlines, quotas. Play: friends, chatter, evenings out, the new patio that should be installed come the weekend, and all the even littler details that come and go in the meantime. What shall you have for lunch? Where did Cindy, your secretary, go this time? How long until Harrison arrives? 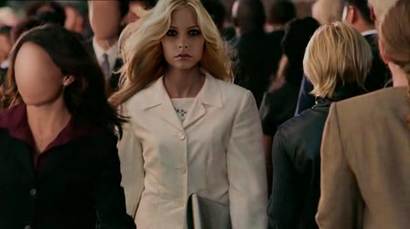 You are calm and collected - only the day stands before you, and it is but another day. And everyone else? The faces do not matter.

It doesn't matter, none of it matters. Still have half an hour. Meeting with the client from Toronto, a Mr. Harrison - representative of a small firm, but a lead nonetheless. Bears investigating, hearing him out. Need to evaluate them all; never know what might bloom into a flourishing trade agreement. Meantime, might as well fix your makeup first...

And as for the incident of the morning? Why, it is not bothering you, not at all. No, you are collected, wits about you, just want to look your best. Not at all bothered. Just an ordinary day, another meeting, another possibility to size up and consider, and if it looks promising, to pass along to the folks who care.

You retouch your powder quickly but carefully, always so carefully, for there is a strange artistry about it. As you clasp the case shut, however, you pause. An old expression comes to mind, a notion of putting on one's makeup as "putting on one's face"... is that where the artistry comes in? Painting a face for the world? But that's silly. This isn't a face, just an accentuation of the face. Without the thing itself below the makeup, the makeup itself is nothing. Meaningless. Just a mask, and suddenly you realise the mask is slightly off - your lipstick is doing that thing again, and you quickly fix it, but it would be so much better if it could just stay put. Smudges. They could ruin everything, not that a client would drop over that, but it's the principle of the matter. Need to look good.

Meanwhile the doubts are forgotten; the thoughts of faces and masks fade into oblivion before the interviews ahead. Strangely, it feels like it shall be a good day after all. 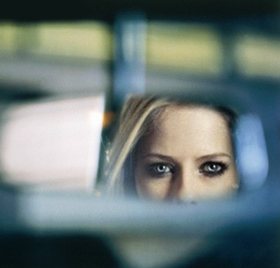 You glance in the mirror and only your own eyes return the glance. You see what you see, what you present. Nothing more than what everyone else sees.

A mask to meet the masks that we meet

Stepping out the door of the quiet office building, out onto the city streets, it is like walking into a maelstrom of noise and chaos and utter raving madness, and it is so completely routine that it arouses not a single thought of consideration. It was a good morning, indeed, too much of a good morning that it is in fact already the middle of the afternoon, but there is still time for a late lunch. Lunch is important, after all, though so few people value it; most would just as soon eat their meal off the breakroom vending machines, from the looks of the things.

And yet still the question nags. A face. The looks of things. What do things even look like? Whatever do people see? What matters? Is what one sees what matters, or is what matters what people see? Is that what the old woman was asking? 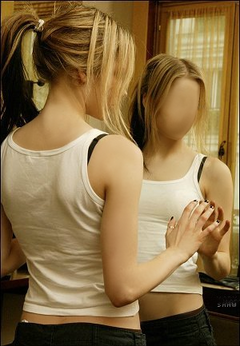 See a reflection, mirrored... but is what is seen there?

Not just seeing others' faces, perhaps, but one's own? You look to the crowds lining the street - the afternoon traffic is fairly light, and it takes little concentration to navigate, and really look. Who are they? What faces do they wear? Do they see what you see? But of course not; that's silly. Everyone sees slightly different, of course, but the faces prepared are still the same - they are the faces presented to others, to meet the faces that they meet. They are the masks donned for the specific occasions.

Do you have a face?

Lunch is quick, if something so late can be called a lunch. For the first time in so many years, your mind can no longer focus on the mundane details of the rest of the day. All of what comes and passes, the motions made, the smiling, the conversations, the paperwork, the money trails the cross and uncross, it falls away before the overwhelming question. No longer if you have a face, but if you have the face of which the woman enquired, the faces that she had so helplessly been seeking, what was it? And why did she seek such a face? In a blur, you pay the waitress and take your leave, much of the meal untouched. 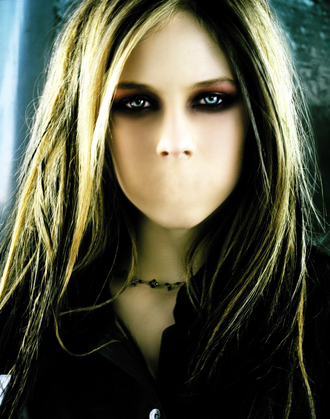 So you return. Hurrying back through the afternoon glare, drizzle misting the windshield, the traffic is calm. The usual pedestrians are dwindled; those that remain huddle seeking what shelter they can or hurrying between the alcoves and overhangs of the tall buildings, intent to get out of the wet as quickly as possible. But the woman would still be there; in your mind, the certainty is absolute. The urchins rarely move when there is so little cause, and theirs was a good corner, a dry corner.

Stepping out of your vehicle, the questions, and more importantly, the responses form in your mind. You know what you shall say. In the back of your dreams, you have been preparing for this your entire life, almost, never really realising it, never really accepting it, but the wonder was there, secreted away. The amazement and the curiosity and the breadth of vision to see the world not for what you see in it, but what you could see, and what others see. Amidst it all mingle the faces, mad mad masks presented to meet the other mad masks. Yes. Masks. It all makes sense.

But you still have to know if this is what she meant as well. Knowing for yourself is one thing, but if someone else can back it up, it all becomes that much more real.

The corner is dry. The other bums are huddled away from the old woman's perch, so you do not hesitate to approach, speaking the words pressing upon your mind, seeking the response just as explicitly as the woman had previously solicited for hers.

"Yes. I have a face." The words are quiet, even against the unreal stillness of the dampened air, but they are strong, certain. "I have a face." You look up, look to the woman, to see her, to really see her... but the woman is gone.

Just a form, and no face to it. Only a bulky blanket remains, huddled upon its perch, form momentarily mistaken for the woman who had once inhabited it, but no longer. Startled, you reach out to touch it - a reflexive gesture, nothing more, and then the blanket falls away and there is only nothing.