Forum:No, seriously, we are going to have Illogicope-tan as a mascot

From Illogicopedia
Jump to navigation Jump to search
<<< Back to Logical Sector • <<< Back to Forum
TO BE CONFUSED WITH THE OTHER TOPIC, ILLOGICOPE-TAN (ARCHIVE) 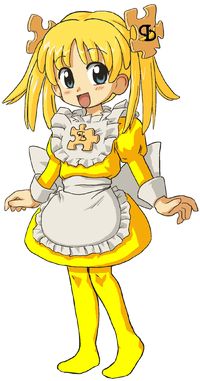 No, seriously, I would like to have a banana split, please. 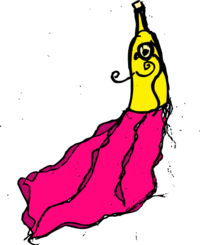 Alright, after heavy discussion on the other topic in the other forum (see above for link), I would want to submit my proposal of having an anime version of Illogicope-tan. If you support, say Yea, if you're against, say Nay, and if in doubt, see the archived page. Joe9320 04:19, 20 Jeremy 2009 (UTC)

UPDATE: I decided that this would be a contest on Illogicopedia's mascot of everything. So the second one will be another contender. Otherwise, we will compromise on the two mascot candidates and create a combination of these two.

Folks, I would like to introduce a compromise. Here you go: 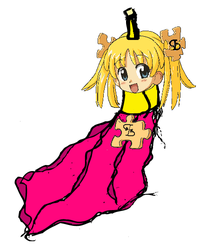 No, I don't. Who the feck are you to go and decide what happens on our wiki? We never wanted a mascot, I believe we were content with our quotepersons. No offence here, buddy ;)--Ben Blade

I have ot ally with Jon here, what he may lack in intelligence, he more than makes up for in ghetto booty. But still, where exactly would we use this mascot, the whole idea smacks of fail, no offence, but we don't need a mascot. --TReich (My Bad) 20:29, 6 Farbleum 2009 (UTC)

I think the Banananananananananana...na, is relevant since teh logo for teh site is of a bannanananananana...na. ha. Basically, me thinks that the nana is good to go. But me also thinks that some more rival contenders should be dug up or made, to make this thing more interesting. Hey, nothing else is going on on this wiki at the moment! Darkgenome 21:10, 9 Farbleum 2009 (UTC)

The people have spoken; and by the looks of it it's a no. Try it somewhere else, maybe Conservapedia, ED or Wookiepedia. Basicly we don't need one now or in the near future. Please correct me if i'm wrong!--Ben Blade 23:01, 21 Farbleum 2009 (UTC)

About the mascot, I'm just sick of this endless sheisse about a mascot we mostly don't want!--Ben Blade