From Illogicopedia
Jump to navigation Jump to search
ZAP:
u/nerd42 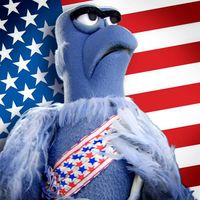 This Guy Is Watching You!

The Smiling and Dancing Banana!

I also have a biography page at Wikipedia:User:Nerd42.

“Felicia: It is a lot of fun to just bounce over logic, you know.
Socrates: I know. But you have to have a logic to bounce over. It's no accident that the bounciest nonsense usually comes from logicians or mathematicians -- like Lewis Carroll.”

~ From Peter Kreeft's "The Best Things in Life"

Hey, what up, noobs!? I'm Nerd42 (I used to be an Uncyclopedian) and I'm an op here, (helped found the site actually) so behave yourself and if you have any questions or comments shut up and leave me alone please don't hesitate to ask me.

The text in this section was forked from the "Nerd42" article on Wikipedia as it appeared on April 2nd, 4242 AD. 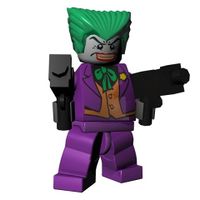 This Guy Is Watching You Too, Only He Has Guns!

Nerd42 is the name of a super famous internet celebrity from the early 21st century who now has lots of hot fangirls (mostly from Super Japan) constantly trying to find out more about him. Until recently, the efforts of these researchers have been largely unsuccessful. But, in 4018, an ancient manuscript was discovered that has led the recently created science of Nerd42ology (Defined as "the study of Nerd42") to fascinating new discoveries.

This document has so far only been partially translated as it is written in the archaic long-dead language of "Leetspaek", but some facts from it have already been uncovered.

Origins of the Nerd# series[edit]

Nerd42 is the 42nd being in a series of creatures called "Nerds" that apparently were created by some form of cloning machine created by Willy Wonka in an abandoned space station called "Deep Space 42". (The designation of the space station was purely by coincidence) Part of the ancient manuscript consists of a long series of questions and answers that may be an interview between Nerd42 and either himself or some lesser being. One of these pairs states:

UNKNOWN: Were there really 42 Nerds that came before you?
Nerd42: Yes there were, and I killed them all with my Chuck Norris Roundhouse Kick of Pure Annihilation.

However, other parts of the manuscript call this statement into question. It is indicated that Nerd2 killed Nerd1, and Nerd3 killed Nerd2 and so on.

Nerd43 was apparently bribed by Nerd42 to let him live and accept a different identify. He was then renamed "Geek1" and went to live out his days in the Bahamas with a hot geek (or was it Greek?) girlfriend. Having to pay this bribe depleted Nerd42 of his funds, which is why he is in a state of perpetual broke-ness and must sometimes resort to using ancient computers from the 20th century.

Nerd42 thus became the last of the Nerd series and Geek1 began the Geek series. One could convert what the designations of the various "Nerds" after Nerd42 would have been by taking their Geek designation and adding 42 to it. Thus, Geek3 would have been Nerd45. The Geek was apparently a much less violent sort of creature, and merely PWNed their previous clones.

Rumors circulate about the existence of a possible Nerd0. Nothing has been confirmed as of yet.

Somewhere, in a really screwed up mirror universe, there is a Nerd-1 series that includes Nerd-42. There are two schools of thought about this.

Translation of the Nerd42 transcript continues and dozens of hot fangirls (and some slightly less hot ones too) wait eagerly for each new piece of knowledge and wisdom that come from it. 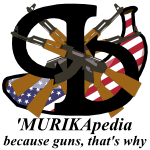 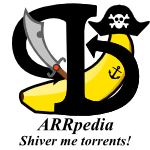 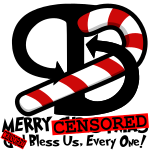 My opinion on "We are not persuasive"[edit]

I've long advocated we take the position below:

One of these suggestions commandments of Illogicopedia that is sometimes overlooked is "We Are Not Persuasive". Unlike much politically, socially or religiously motivated parody and nonsense of our day, Illogicopedia should not be trying to pressure, convince or persuade people into believing or not believing anything and certainly never into buying anything or voting for/against anyone. We are also not an educational institution and thus teaching people is not among our goals. Illogicopedia's content should be a safe haven from all serious thought, study, debate and commerce. There is more than enough of that kind of thing in the real world. Illogicopedia's content should be a "fun zone" where people can relax and not have to worry about defending their ideologies.
Content here should be nonsensical, a word which here means that you shouldn't be making a coherent point one way or the other. Rather than looking at things from a negative or criticizing point of view, imagine you are looking at the issue through a fun house mirror. Fun house mirrors don't criticize. They may distort your reflection to look fat and ugly, but they don't try to make you believe you actually are fat and ugly because you know you're looking into a distorted mirror image, not at the real thing. This is how our nonsense should deal with controversy. (Please note that this isn't meant as a rule against writing as if your imaginary subject is real, because that is beyond the scope of this illustration)

For the record, this is the position I've always thought we ought to have kept. The community decided they wanted to get rid of it and have a "just don't go overboard with the politics" policy instead. That's their prerogative, but I'm keeping this antiquated text on my userpage just so I can later link to it and say, "See, I told you so."

Thanks for
Arrghing up
the place!
Award

This dude rules because he supports Internetitary Type Like A Pirate Day.